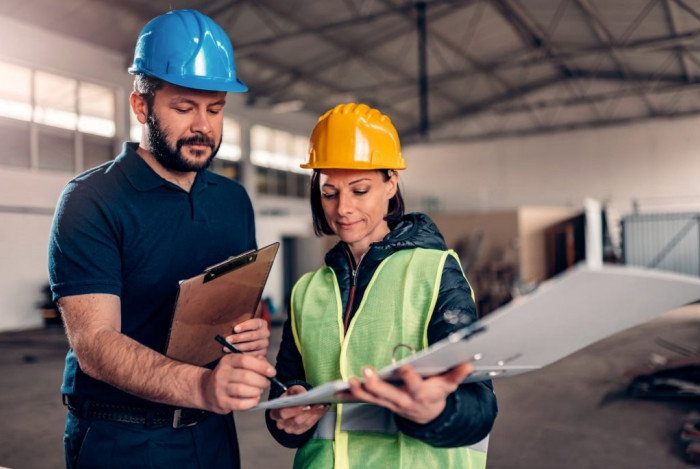 Benefits of Outsourcing your Workplace Inspections

“On my visit to a construction site, I witnessed a worker levelling soil at an excavation site. A backhoe was removing soil right beside him.

According to Ontario regulations 213/91, s. 103 (1), the worker should not have been there while the tractor was operating. However, since the regulation states “load should not pass overhead,” the supervisor argued that the load wasn’t passing specifically overhead but was just working beside him.

A single mistake from the backhoe operator could have seriously injured or even killed the worker. Many OHSA regulations are open to interpretation. People can interpret it in different ways, which makes it dangerous.”

They understand that workers are a company’s most valuable asset. Policies and procedures must be implemented to minimize the risk of workers being injured. By controlling leading factors, businesses can proactively prevent worker injury and illness. Effective and frequent workplace inspections are one such proactive measure.

There is one reason that businesses say NO to workplace health and safety. Cost.

Accident prevention is costly. BUT…

Accidents are astronomically costly. Just look at the costs listed below.

Worst of all, accidents cost TIME.

You are already stressed out at work because of the accident. The Ministry of Labour is breathing down your neck. Instead of working on your duties as a supervisor, now you’re busy filling out hours of paperwork.

All this stress was caused by a preventable workplace accident.

Accident prevention might be costly, but for every dollar spent, your return on investment is between $1.50 to $6.15.

How do I prevent workplace accidents?

Accidents are preventable, but only if you know what to look for.

This responsibility largely falls onto the supervisor (or manager). On construction sites, they are required to conduct site inspections once a week. These inspections help to identify hazards, so corrective action can be taken to minimize the risk of an accident occurring.

But the concern is… supervisors are busy with other responsibilities.

Instead of having one committed worker monitor the job site for safety issues, the burden is placed on one overworked individual. A workplace inspection requires the supervisor to:

But that’s not all.

Supervisors could suffer from bias and overlook issues that could snowball and cause accidents. They may not have been trained to conduct workplace inspections. It’s also easy to forget about following up on hazards if proper documentation isn’t kept.

Another significant issue is when the supervisor has a close relationship with his workers. Instead of taking disciplinary action, he may choose to disregard dangerous behavior.

If a worker were to be injured, the Ministry of Labour (MOL) would first look to see if the supervisor was being duly diligent. If not, a $100,000 fine could be levied against the supervisor, while the business might have to pay up to $1,500,000.

This is why most businesses hire third-party consultants. It reduces legal liability.

Consultants are trained to find hazards that the supervisor might have missed or ignored. For example, consider a worker behaving recklessly by hanging on to the side of a moving tractor. The consultant will be able to immediately look at the scene and tell which regulation has been violated. They are impartial and won’t hesitate to bring attention to dangerous behavior.

Third-party inspectors serve as a continual reminder to firms that they need to take corrective action.

Following a conversation with a health and safety inspector, I’ve developed a list of some of the typical violations he encounters during site inspections.

On a construction site, I noticed that an oxygen gas tank used by welders was left open while the worker wasn’t using it.

According to Ontario regulations 213/91, s. 122 (3), the valve of a cylinder shall be closed when the cylinder is spent or is not being used.

However, the worker said that he was frequently moving back and forth from another section of the site. It was just more efficient to leave the gas tank on, and that closing the cylinder every time was too much work.

For the sake of efficiency, the worker was willing to risk not only his life but also others on the site. There could have been an explosion if the handle was turned on by mistake while he wasn’t there.

A framing worker attached his toolkit to the top of his ladder so that it was easier to get his tools.

According to Ontario regulations 345/15, s. 81 (4), a manufactured portable ladder shall be used in accordance with the manufacturer’s instructions. The manufacturer states that ladders should not be modified.

When questioned, the worker stated that having his tools close by was convenient. It’s possible that the ladder could have tipped over, injuring the worker and others around.

A frequent thing I’ve noticed is that workers on construction sites do not do daily inspections of their elevating platforms before working.

According to Ontario regulations 213/91, s. 144 (3)(b), an elevating work platform shall be inspected each day before use, in accordance with the manufacturer’s instructions by a trained worker.

I’ve heard no solid excuses from staff for why they don’t perform a daily inspection. Many things can go wrong if the vehicle isn’t inspected:

Houses are not cleaned of building detritus once the day is over.

The majority of employees expressed dissatisfaction with having to work beyond their scheduled hours. It is the employer’s obligation to conclude the workday a few minutes sooner so that the employees can tidy up before leaving.

Another time, I saw a frayed extension cord held together by tape in several places.

According to Ontario Regulations 195.3 (1), defective electrical equipment and tools that may pose a hazard shall be immediately disconnected, removed from service, and tagged as defective.

The worker claimed that it was too expensive since he was a contractor and would have to buy his own supplies. While it’s fair for employees to want to save money, there’s no price too high for your safety.

A worker operating an excavation machine shut off his machine while the excavator’s arm was raised.

According to Ontario regulations 102 (a), No operator shall leave unattended the controls of excavating machines with its bucket raised.

The worker said that he had been working for over 30 years and understood better how to operate the machinery.